How to solve the puzzles. The basic rules of sudoku.

The Rules of Sudoku

Although some Sudoku puzzles may keep us awake all night, the rules for solving them are very simple. This may be one of the reasons that make Sudoku so great.

The sudoku grid is composed of 9 rows, sometimes labeled 'A' to 'I', 9 columns labeled 1 to 9 and 9 boxes usually marked by heavier borders.

A sudoku puzzle is solved when all the grid cells have been filled with numbers from 1 to 9 according to the following three rules:

See the following puzzle solution for an example: 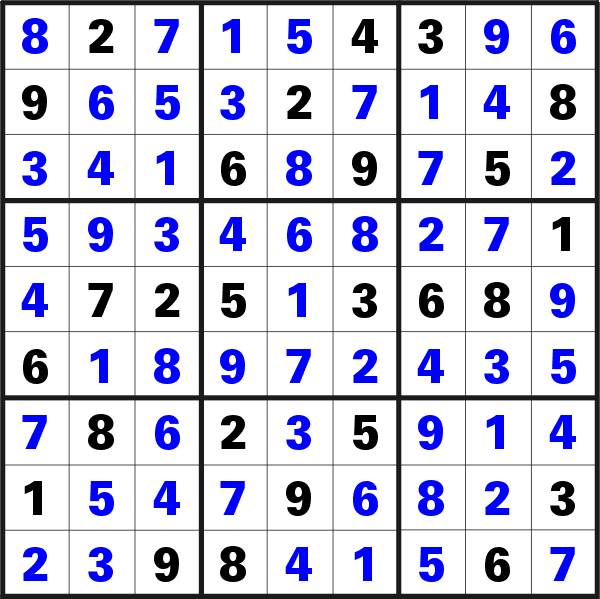 As can be seen in the picture, every one of the 9 rows of the grid contains all numbers from 1 to 9 and, of course, no number is repeated.

The same can be said for every column, and every box.